How Yeshiva Prepared Me To Excel in Secular Education

Home \\ Highlighted \\ How Yeshiva Prepared Me To Excel in Secular Education

How Yeshiva Prepared Me To Excel in Secular Education

As a former yeshiva student, it’s challenging balancing higher education, a high-tech career and a significant emphasis on Torah study. But it can be done.

Yet having been through years of both yeshiva and a traditional education, I can say that nothing could be further from the truth.

I made Aliyah from Los Angeles to Jerusalem at age seven, joined yeshiva at 18 and the army at 20, then returned to yeshiva. I had set aside a few years to study in yeshiva as a preparation for life, but I was pleasantly surprised to discover that yeshiva also prepared me for academic studies at the Jerusalem College of Technology’s (JCT) International Program in English.

Unlike the modern education system — which tends to be memorization-oriented, with tremendous value placed on grades and testing — yeshiva encourages engaging directly with the material to uncover hidden meanings. Unencumbered by deadlines and grades and motivated by a strong sense of purpose, yeshiva students have creative freedom to learn in a manner that’s suitable for their style and temperament. A yeshiva education provides the information and then the independence to apply that knowledge on your own.

In my six years in an Israeli Hesder program — which combines yeshiva study with IDF service — I sharpened my reasoning skills and learned to think carefully and critically about nuanced topics within the realm of Halacha and Jewish thought.

At the end of those six years, I decided against devoting myself full-time to Torah study and religious affairs. Instead, I set out to identify the most meaningful path I could take in the absence of being a rabbi or spiritual leader. This led me to pursue computer science, which opens quite a few potential career paths. I set my sights on JCT, largely because the institution provides a religious-friendly environment while its students study technical subjects.

But getting to higher education from yeshiva wasn’t an obvious path. I signed up last minute for the psychometric exam (Israel’s standard university admission test), leaving me with little time to prepare. With the semester set to begin in just a couple of months, I needed to cram for the math component of the exam, which I had to pass to get accepted into college. But what use was my Talmud analysis in a math test?

After taking a few deep breaths, I channeled the discipline and determination I learned in yeshiva and for three weeks, immersed myself in my studies. In that time, I essentially taught myself the entire curriculum. It was probably the most difficult task I’ve tackled in my life. But I passed and even scored relatively well.

I attribute my success on that test — and my current success as a JCT student — to my religious studies. Studying Talmud, where I spent hours analyzing several different texts and their various interpretations to determine if there’s sufficient evidence to arrive at a particular conclusion, promoted superb critical thinking skills.

Yeshiva also instilled in me a level of focus that has demonstrably helped me in my academic career. In today’s wired world, it’s easy to get distracted by YouTube, a ping from your phone, a call from someone in the next room. The yeshiva world found a solution to this problem many centuries ago: leave any distractions at the door and pay attention to what matters. My years in yeshiva have allowed me to push those distractions aside for a higher purpose.

MY YEARS IN YESHIVA HAVE ALLOWED ME TO PUSH DISTRACTIONS ASIDE FOR A HIGHER PURPOSE.

Now, I’m completely enthralled by computer science, especially the ability to create something from scratch. The career options in this field are limitless, and I’m excited to be at the forefront of discovering new ways to make a positive impact in the world.

Choosing this career, of course, has its challenges. Although technology is highly beneficial, it trains us to expect and crave instant rewards and to shy away from things which take mental effort to achieve — principles that are in tension with what I learned at yeshiva.

In the end, my combination of Jewish and academic studies have taught me that both worlds are vital to push for success. And, more importantly, this balance also brings a much-needed humanity and ethical touch to my chosen career. Modern life comes with great advantages and conveniences, but it also needs inspiration from our sages, who teach us to step back and pay attention to what’s meaningful.

Jonah Hess made Aliyah to Israel from Los Angeles and is currently enrolled in the Jerusalem College of Technology’s International Program in English. 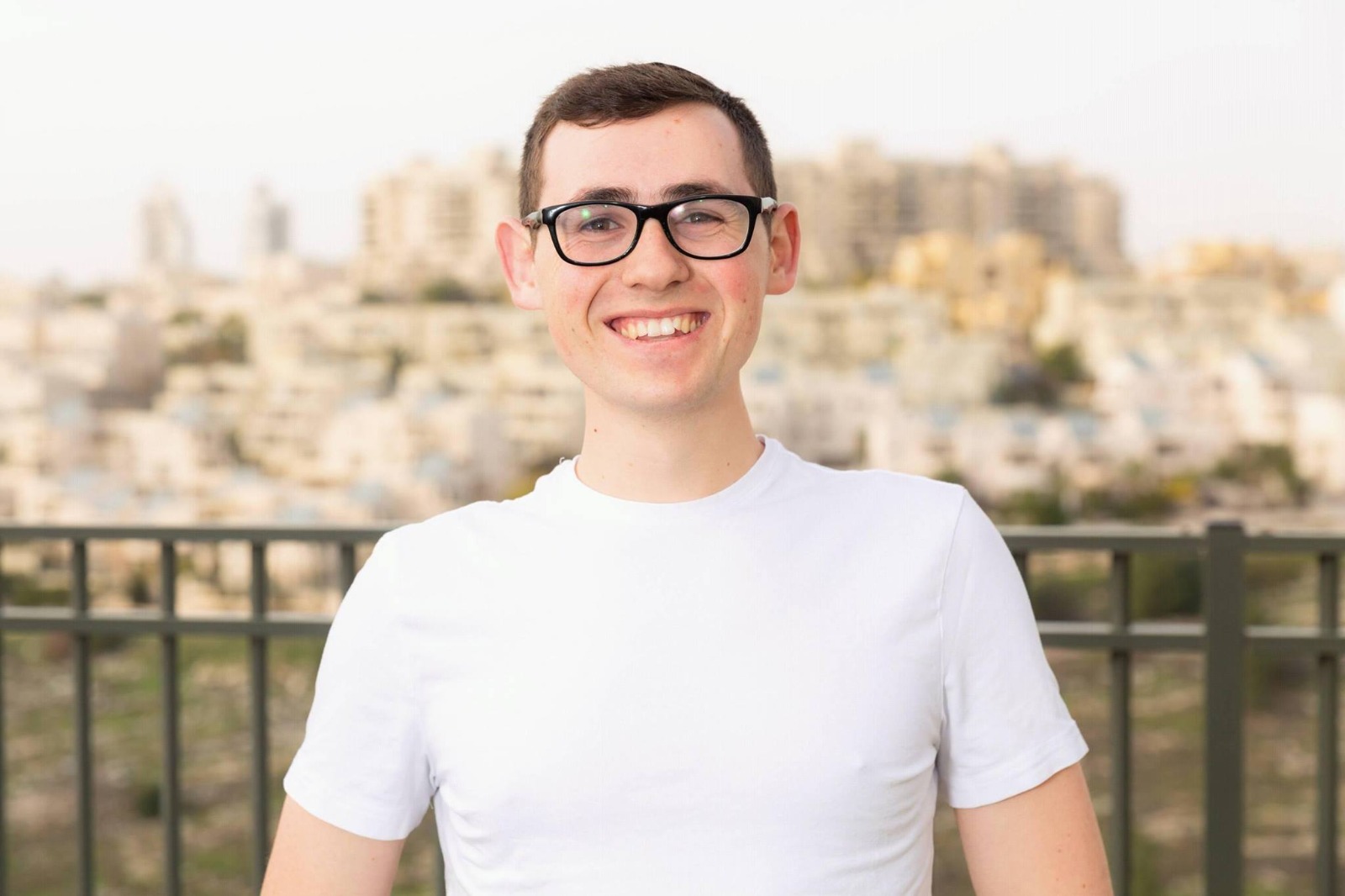