Jerusalem College of Technology student – and Philadelphia native – Yaakov Shmidman shares why integrating Torah study in academic life is critical to him.

What brings a rabbi’s son from Philadelphia to study at Jerusalem’s College of Technology? An institution that offers a prestigious academic degree coupled with immersive Torah study caught the attention and imagination of Yaakov Shmidman. As the son of Rabbi Avraham Shmidman of the Lower Merion Synagogue, pursuing an academic degree while still learning Torah was a top priority. So he jumped at the chance to take a business administration course while continuing his religious education. In this conversation, Shmidman reflects on why JCT was the perfect fit for him.

Why did you decide to study at JCT?

I was looking for an institution that allowed me to continue Torah studies and also obtain a college degree at the same time. By going to JCT, it allowed me to do that as part of their international program in English, and also pursue my dream of making aliyah to Israel.

Honestly, the idea of JCT checked off all of my boxes: a religious school in Israel, where I could study in English and that is also rooted in both academic and Torah values.

I also really liked JCT’s working relationship with Yeshiva University’s campus which had a smicha program that I wanted to enroll in.

Was it a challenge to leave the Lower Merion community, a place your father has such an impact on local Jewish life?

My transition to move to Israel was very easy because I have so much family here. I have two aunts and uncles and a grandmother who live in Israel so I never felt like I was really going somewhere totally foreign. I also get a chance to see my family when my father visits Israel at least once a year and going back to the U.S. on breaks. Lower Merion has a very special place in my heart but my decision to make aliyah always felt very natural and comfortable.

Is it difficult to balance Torah with academic studies?

I think that JCT is good at bridging the gap between the secular and religious worlds; the schedule is relatively flexible, but time management is key. I know that there are some students who even work in their free time.

What I like at JCT is that it’s possible to do both. It’s nice that you don’t have to choose. Torah and academics are not contradictory. There isn’t and shouldn’t be any conflict.

What’s your relationship with Judaism and why is blending religious and academic life is important to you?

My father is a rabbi at an Orthodox synagogue in Philadelphia. We moved to Philadelphia after living in Alabama for 9 years; where my father also served as a community rabbi. I attended religious Orthodox high school in Philadelphia area and I came to Israel after finishing, studying at a Yeshiva in Beitar and another one in Jerusalem. I have always had a very strong connection to Judaism in general and Orthodox Judiasim, in particular.

How supportive was your family to you moving to Israel and studying at JCT?

My family was always very supportive of my decision to make aliyah. It was always my decision but once I did it they were there at every step to help me through the journey. My mother actually was the one who suggested JCT when I was looking for colleges in Israel and when we looked into it was a great fit so I joined the program.

What do you plan to do with your degree?

I already did a summer internship at a growth equity firm in Philadelphia; I feel I was able to implement a lot of transferable skills I learnt at JCT during my internship. I also really enjoyed the introduction to management course.

Initially, I thought that I wanted to get into marketing or advertising, but now, because of my JCT degree, I would like to cast a wider net to be able to pursue other things. I’m now looking into getting into finance upon my graduation. In truth, Business Administration at JCT is like a liberal arts degree for business and it means that I can easily foresee many opportunities down the road. 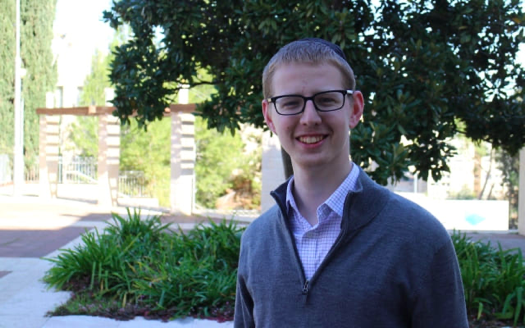