A Journey Home: From Highland Park to Jerusalem

Home \\ Highlighted \\ A Journey Home: From Highland Park to Jerusalem

A Journey Home: From Highland Park to Jerusalem

“Instead of being a family goal, making aliyah became more of a personal goal and wish,” said Gavriella Greene, whose parents have both previously lived in Israel.

Greene, 19, immigrated to Israel from Highland Park last month with Nefesh B’Nefesh—the organization which since its founding in 2002, has facilitated the aliyah of nearly 65,000 North Americans in cooperation with Israel’s Ministry of Aliyah and Integration, The Jewish Agency for Israel, Keren Kayemeth Le’Israel and JNF-USA.

Now, the former New Jersey resident has enrolled in the Jerusalem College of Technology’s (JCT) International Program in English, which offers young men and women who are not fluent in Hebrew the viable opportunity to live and study Torah in Israel while pursuing a prestigious academic degree in computer science or business administration (Greene is studying computer science.)

Greene recounts her aliyah journey in the following interview with The Jewish Link.

Q: What motivated you to make aliyah?

A: “My dad made aliyah to Be’er Sheva with his family when he was 11. My mother made aliyah in her early 20s, and they met and got married here. They left to the U.S. because of job opportunities abroad, but for my family, Israel has always been considered home and where we wanted to be.

“In 10th grade I took part in the Jewish Agency’s Na’ale program, where Jewish students from around the world finish high school in Israel, and really fell in love with the country and wanted to live here. I got to experience Israel together with a very diverse group of peers, as Na’ale attracts high schoolers from the FSU, Argentina, Brazil, South Africa, France, Germany and more. At that point, instead of being a family goal, making aliyah became more of a personal goal and wish. That’s when it became a reality for me—I knew I was going to make aliyah. I indeed moved this fall and my family is now trying to make aliyah from Highland Park as well.

“Israel is such an impressive high-tech hub, and the country’s ‘start-up nation’ story definitely also drew me in. I feel that by studying computer science, I’m going into a profession that’s in high demand. It’s encouraging to know that where I’m living now is a thriving center in the field I’ve chosen to pursue.”

Q: How has it been to immigrate to Israel during a pandemic?

A: “I had some general anxiety surrounding aliyah because of what’s going on with COVID-19, and quarantine made everything more complicated in getting to bureaucratic offices and beginning my life in Israel. But I take comfort in the fact that I’ve moved somewhere which already feels like home.”

Q: What led you to choose the field of computer science and specifically, JCT’s program?

A: “Truthfully, I didn’t have a specific passion or anything that translated into a career. But I always found computer science interesting and I feel like there are a lot of strong job opportunities right now in that field, especially in Israel. I read about JCT’s Tal Campus for women in a local Jewish newspaper and looked into it more. It was a great fit, since the international program attracts students who seek the same lifestyle and religious environment that I do. I went to elementary school with a student who’s currently in her second year in the international program for women, and she only had positive things to say about the experience.

“The cost of school was a huge factor in my decision. The JCT program is really a fraction of the price of tuition at many colleges in America. The fact that it’s a three-year program instead of four years was also appealing and it’s based in an amazing location in the center of Jerusalem.”

Q: How does it feel to be out of quarantine and what have you been up to?

A: “When I got out of quarantine it was kind of like being thrust back into reality—I have no more excuses to not make appointments and get them done! It’s very much a relief though, because I can start getting my life together in Israel. Since I got out, I’ve been at JCT living on campus and taking classes via Zoom, trying to fit in setting up my dorm room and getting aliyah stuff done, and getting back in touch with friends in Israel!” 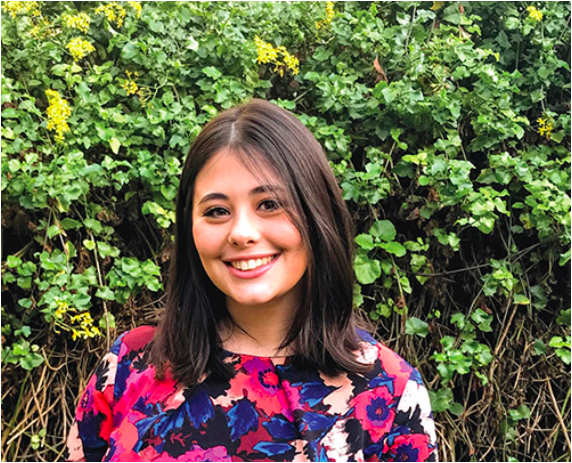