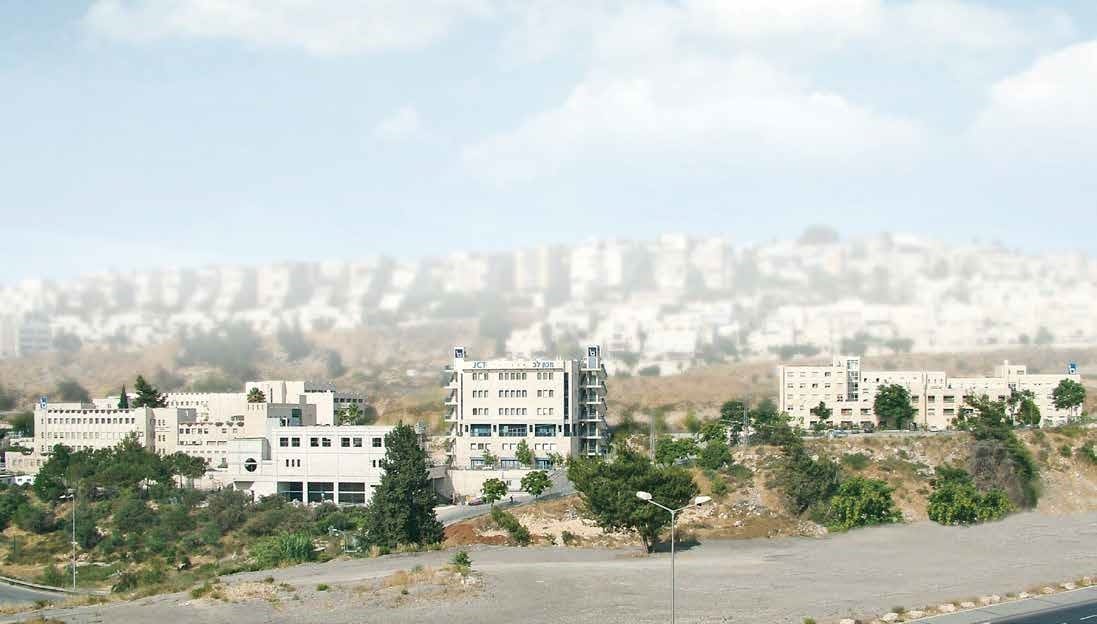 For the past 52 years, Israelis and Jews worldwide have been witness to a breathtaking modern-day miracle: the continued cultural, economic, and religious renaissance of a reunified Jerusalem, the Jewish people’s eternal capital.

On a parallel track, for 50 years, the Jerusalem College of Technology has crafted an inspiring narrative of diverse achievements and advancements, elevating not only the institution itself, but Jerusalem and Israel as a whole. Here is JCT’s story, from past to present to future.

The past: a presidential perspective

“One of the prevailing themes that Prof. Ze’ev Lev built into his writings was a strong Zionist message. This featured powerful identification with Israel and the IDF,” explains Prof. Chaim Sukenik, JCT’s current president, regarding the college’s founding president.

A world-class physicist and the 1962 Israel Prize laureate in physics, Prof. Lev was a senior professor at the Hebrew University of Jerusalem during the 1950s and ’60s. He was “a scholar of the highest order in both religious and academic studies.” His vision for JCT was “to take yeshiva students and train them to be the leaders of the State of Israel.”

“His concept of leadership was rooted in real-world perspective, not philosophical leadership or scholarship purely for scholarship’s sake, but rather practical leadership for the benefit of the state. This meant educating the cream of the crop for crucial positions in the army, academia, and industry, particularly engineers and other high-tech professionals.”

Prof. Joseph Bodenheimer, JCT’s fourth president (1993-2009), adds, “Prof. Lev’s original idea was to form an institution to train Orthodox students, mostly in areas of high-tech, which was something very new and forward-thinking at the time. In the 1960s, Israelis knew nothing about computers but they understood that it was an important field. We took it a step further.”

After extended efforts — including consultations with leading Torah sages throughout the world as well as contacts with government ministries and the Jerusalem Municipality — JCT was established in 1969. It became known as Machon Lev (Lev Institute) in honor of Prof. Lev. Initial financing for the institution came from funds awarded by the United States government and American businessmen, along with Israeli government allocations provided with the assistance of then-Minister of Finance Pinchas Sapir.

Five decades later, Prof. Sukenik contends that “judging by the impact JCT’s graduates have had as leaders in the state, particularly in the IDF, R&D, industry and the development of various start-ups, Prof. Lev’s founding vision has certainly come to fruition and is today as strong as ever.”
After Prof. Lev’s tenure ended in 1982, German-born Dr. Yitzchak (Ernst) Nebenzahl served as JCT’s second president until 1986. Yitzchak Nebenzahl was a professor of law before moving to Israel in 1933. In the pre-state days, he served as the legal advisor of Yefet Bank and an officer in the General Staff during Israel’s War of Independence. Later, he was the manager of the Jerusalem Economic Corporation, chairman of the Postal Bank, a member of the Board of Directors of Bank Leumi LeIsrael, chairman of the Advisory Council of the Bank of Israel, and Israel’s state comptroller and state ombudsman prior to serving as president of JCT.

Zvi Weinberger’s successor, Prof. Joseph Bodenheimer, is a world-renowned expert on the intersection of Torah and science. He holds 11 different patents in electro-optics and works as a consultant to high-tech companies in Israel and the U.S. At the age of 8, Joseph Bodenheimer immigrated with his family to Israel from England. Having received his PhD in physics from Hebrew University, he spent a year as a visiting researcher at Kodak Research Laboratories in the U.S. (1978-1979), where he performed pioneering work in the development of the DVD.

Before serving as JCT’s president, Prof. Bodenheimer headed JCT’s Electro-Optics Engineering Department, which is known for producing alumni who have held senior positions in the high-tech industry, the bio-medical industry, the Israeli Defense Establishment, and institutions of higher education. This department, the first-of-its-kind in Israel was created by Prof. Ze’ev Lev and Harav Prof. Yehuda Levi in 1969. At the time, the only other electro-optics program in academia in the world was at the University of Rochester.

“Electro-optics was always the flagship program of our institution”, says Prof. Bodenheimer. Under his leadership, JCT established and significantly grew pioneering programs that empower students from Israel’s underserved demographic sectors — such as Haredim and Ethiopians — to enter the workforce in greater numbers.

“In 1993, we decided that one direction to increase enrollment was to not only broaden the range of subjects we taught, but to start reaching out to the Haredi population. I knew that JCT needed to serve as an institution for the Jewish people. I personally met with Haredi leaders from multiple communities in Israel, and I found them much more open to our college than I thought they would be.”

Prof. Bodenheimer also emphasized the importance of women’s empowerment during his presidential tenure. “We felt that the same formula which worked so well for the men’s program should be able to work for women as well.”

Prof. Noah Dana-Picard, JCT’s fifth president from 2009-2013, is a French-born mathematician and Talmudic scholar who has taught at JCT for more than two decades. “There are those who see Torah and science as separate domains of knowledge, with some connections, but at JCT, we embrace the fact that G-d created one world, and we work to show the total symbiosis between the various aspects of creation. It’s why we empower our students with the ability to balance Torah and academic studies together within the same schedule.” Prof. Dana-Picard has beeen Head of the Roland and Astrid Dana-Picard Chair for Education, Torah and Science since 2014. Before becoming JCT’s sixth president in 2013, Prof. Chaim Sukenik was Dean of the Exact Sciences Faculty at Bar-Ilan University and among the founders of the Bar-Ilan Institute for Nanotechnology and Advanced Materials.

Today, Prof. Sukenik says he is particularly moved by how “JCT’s enormous growth has all occurred while maintaining a remarkable consistency with Prof. Lev’s original vision.”

“Our graduates are heads of entire tech divisions within the IDF, from satellite surveillance to missile defense to data analysis to intelligence. It is likely that Prof. Lev envisioned that outcome from day one”.

“We have broadened our scope to disciplines beyond engineering. Good examples of this are that today we are home to Israel’s top-ranked nursing and accounting programs. Through it all, the underlying theme has remained the same — whatever you do, make sure to do it at the highest level possible. Prof. Lev’s commitment to excellence has never waned or wavered here.”

The present: a snapshot of JCT’s accomplishments

The JCT that you see today — a thriving institution with a diverse array of academic programs, highly accomplished alumni, and outsized contributions to Israel’s socioeconomic successes — has literally been 50 years in the making. The following is just a snapshot of the institution’s achievements:

Goals for the future: reducing poverty through Haredi academics

Although the reunification of Jerusalem was a defining moment in Jewish history, that moment also serves as an important reminder to both JCT and all of Israeli society, that we still have a lot of work to do when it comes to developing life and prosperity in Israel’s capital — especially around the issue of socioeconomic equality, JCT’s Vice-President Stuart Hershkowitz recently wrote for The Times of Israel.

Jerusalem has long been the poorest major city in Israel, largely because it has the nation’s highest concentration of Arab and Haredi residents. The the National Insurance Institute has found that poverty rates for Israel’s Arab and Haredi families are 47 and 43 percent, respectively.

“For decades, we have witnessed unacceptable levels of poverty in Jerusalem. During those same decades, we’ve responded by pioneering an academic solution to the Haredi employment dilemma. We achieve progress by focusing on excellence in the STEM disciplines, enabling our students to attain employment in the professions within Israel’s job market with the greatest current demand for skilled labor.”

After years of negotiations, JCT is finally in the early stages of planning the construction of a new 300,000-square-foot women’s campus. The campus is expected to become one of Jerusalem’s most important capital projects over the next five years and will provide a permanent home for all of Tal’s academic programs: nursing, computer science, electro-optics, industrial engineering, and accounting and management departments. It will also include a mechina (pre-academic preparatory) program, alongside a newly authorized master’s degree in nursing.

In other words, the Tal Campus is where JCT’s past, present, and future all come together.