As part of a hackathon competition hosted last week by the Jerusalem College of Technology, the team members built a system capable of distinguishing between friend and foe and telling the soldier in real-time, whether he is aiming at an enemy or not. 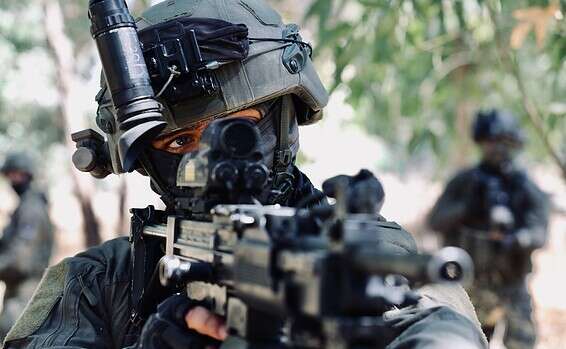 Friendly fire incidents, tragic yet common in war, have claimed the lives of hundreds of soldiers in Israel’s military campaigns. One of the worst such cases of friendly fire occurred during the First Lebanon War, when five Armored Corps soldiers lost their lives.

In every army in the world, friendly fire is considered an embarrassment that is often either ignored or hidden from the public as much as possible. In the IDF, despite its history with such incidents, the scope of the effort to examine and mitigate them has been lacking over the years.

As part of a hackathon competition hosted last week by the Jerusalem College of Technology (Lev Academic Center), a group of students came together to try finding a solution to the problem of friendly fire disasters. The hackathon, or technology competition, was in its fifth year running.

For 48 hours, the students contended with numerous complex challenges posed by the largest companies and organizations in the country, among them: Amazon (Amazon Web Services), Intel, ExLibris, the Zomet Institute, Ezer Mitzion and Elbit Systems.

The team comprised combat soldiers and high-tech professionals in reserve military duty, along with third-year students in the fields of electronics, optics, and industrial engineering and management.

One of the team members, Benaya Zuckerman, is a third-year industrial engineering student who personally experienced a terrible friendly fire incident during his military service.

“My friend’s squad opened fire at our squad during a complicated operation in northern Gaza and one of our soldiers was shot and killed. Beyond the heavy cost of life that we pay for these incidents, the soldiers who do the shooting and the families of the casualties have to cope with post-trauma and other emotional distress,” Zuckerman told Israel Hayom.

To meet the challenge before them, the team members built a system capable of distinguishing between friend and foe and telling the soldier in real-time whether he is aiming at an enemy or not.

Boaz Lifschitz from Elbit Systems, who mentored the team during the competition, said: “I was very interesting to see how the team members coped with the challenge. They displayed creativity and deep thinking. Such people are needed in Israel and these solutions have a tremendous impact on the national level. I hope the solution goes far and solves one of the central problems facing the security establishment.”