The Jerusalem College of Technology (JCT), a leader in providing high-level science and technology education to religiously observant students in Israel and worldwide, has announced the 2022 recipient of an annual scholarship for outstanding computer or engineering students.

Malki Malov, 21, a third-year industrial bioinformatics and pre-medicine student at JCT’s Tal Campus for women, is the fourth recipient of the Dr. Rozalie Schachter Scholarship. Launched in 2019, the scholarship towards tuition fees is awarded to one Tal Campus student through 2028. Eligible recipients are students who achieve an average score of over 90 in their studies.

The prize is named after the late Dr. Rozalie Schachter, the daughter of Satmar hasidim, who immigrated to the U.S. from Romania at age 16, obtained a Ph.D. in physics from New York University (NYU), and became a trailblazer for women in the fields of technology and business. Dr. Schachter served as vice president of strategic initiatives at Herley Industries and vice president of business development at General Microwave Corporation, among other senior roles.

As a religious woman who grew up haredi under the Chabad tradition, Malov — a native of Rishon Lezion, a suburb of Tel Aviv — enrolled in JCT for its strong commitment to Torah studies, a secular education, and for the opportunity to study in a women’s-only campus.

“I’m so grateful not only for the scholarship, which allows me to focus on my education exclusively, but for the supportive group of women I study with and learn from,” Malov said. “As a single religious woman, school is the most important aspect of my life right now and I’m delighted it’s being spent at JCT.”

Ever since she enrolled in an elective extra-curricular basic computer science class in high school, Malov knew that she would venture on a path very different from the peers at her all-women’s school where most went on to study education.

“I knew I wanted to study computers and even though my peers didn’t understand it and some of my teachers were against it, I had to follow my gut and go with what would make me fulfilled. Luckily, my parents accepted my decision, and now, looking back, I have no regrets,” she said.

While this is Malov’s last year at JCT, she is keeping her options open in terms of what the future has in store.

As for Dr. Schachter, when she settled in Brooklyn upon moving to America, she studied at the Beis Yaakov school for girls in Borough Park and became interested in the fields of science and math. When she finished high school, the Satmar Rebbe gave her a blessing to attend college in order to follow her dreams in physics and the sciences. In the 1960s, her completion of a Ph.D. in solid-state physics at NYU was considered an anomaly not only for an Orthodox Jewish woman with children, but for all American women at the time.

“It’s fitting that Dr. Rozalie Schachter’s name lives on as a pioneering spirit. The scholarship bestowed in her name falls in line with her – and JCT’s – mission to empower women so they can have a full professional and spiritual life guided by their faith,” said JCT board member and president emeritus Aurora Cassirer. “Being a woman of valor and intelligence was of the utmost importance to Dr. Schacter and she continues to serve as a worthy role model for a generation of young women.”

Established in 1990, JCT’s Tal Campus is Israel’s first women-only engineering and technology college. The campus serves approximately 2,000 women from across the spectrum of the religiously observant community, including Modern Orthodox, National Religious, haredi, and hasidic women. The Tal Campus provides women the opportunity to pursue advanced undergraduate or graduate studies alongside a comprehensive Jewish studies program.

“We are so happy to have our mother’s memory live on in something she felt so passionate about,” said Rozalie Schachter’s daughter, Gita Lisker. “The advancement of Orthodox women in the STEM fields was something she exemplified and strove to encourage and enable in others.” 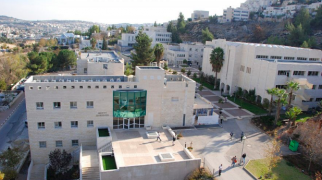 May 18, 2022 The three-year program starts this fall at its Tal Campus for Women. The Jerusalem College of Technology (JCT) has launched a business …