The story of Adi Yonas embodies the immigrant dream of socioeconomic mobility.

Yonas arrived in Israel following a long and arduous journey from Ethiopia, via Sudan, largely by foot. Along the way, he endured imprisonment, bandits’ attacks, and disease, all of which claimed the lives of many of his fellow aspiring immigrants. Yet in January 1985, Yonas and his family boarded the final aircraft leaving Sudan as part of Operation Moses, a covert evacuation of Ethiopian Jews to Israel which involved collaboration between the Israel Defense Forces, the Central Intelligence Agency, the U.S. embassy in Khartoum, and Sudanese state security forces.

Two decades later, Yonas graduated with a degree in computer science from the Reuven Surkis Program for Students from the Ethiopian Community at the Jerusalem College of Technology (JCT), and in 2005 assumed the role of coordinator of that same academic program — a position he still holds today.

“As immigrants from Ethiopia, adjusting in terms of language and mentality was not easy,” Yonas told Arutz Sheva. “But the expectation and longing to reach Israel, and the motivation to learn the Hebrew language and live as everyone else does in the country, helped us not make any concessions as we pursued integration and upward mobility in our new homeland.”

Back in Ethiopia, Yonas recalls that when residents of his Jewish village became aware of the possibility of reaching Israel, they sold all of their belongings and promptly left — only to immediately encounter the Ethiopian military.

“We departed the village on a Saturday morning so that the army wouldn’t sense that we were leaving,” he told the Israeli media outlet. “We reached the parking lot near a well, drank, ate, and began our journey. We were about 50 people. My father was the first to leave the parking lot with my grandmother next to him, riding a horse. Out of nowhere, a truck loaded with soldiers arrived, having heard that we were leaving. They beat my father with the end of a gun. As an 11-year-old child, I didn’t know where to place myself. The children in our group were loaded to a truck and the adults were taken by foot. The soldiers arrested the adults in chains near Gondar and placed the children in a house. We were there for two weeks.”

The adults, however, proceeded to convince the authorities that they had no intention of leaving Ethiopia.

“We had a cover story that we were relocating inside Ethiopia,” Yonas added. “We had commanders in the area who spoke on our behalf, because cousins of ours had served in the army.”

Once set free, the group began its trek by foot to Sudan, which lasted several weeks and was led by guides. But their guides betrayed them.

“The crossing from Ethiopia to Sudan required that we exchange Ethiopian money for Sudanese money, a service provided by our guides. This way, our guides found out who in the group had money with them. After we had walked for a few hours, bandits assaulted us,” he says.

The group separated from the guides and moved into Sudan, eventually arriving at a refugee camp where each tent housed 30–40 people.

“As we were all crowded together, the malaria disease spread quickly and caused people to die, one by one. It started with the kids. I had a sister who was a few months old when we arrived in Sudan and she contracted the disease, just like my other siblings,” Yonas also relayed to Arutz Sheva.

After moving from one place to another in Sudan, the group finally discovered that the immigration operation to Israel had begun.

Today, Yonas has come full circle. In his capacity at JCT, he works to ensure that the current generation of young Ethiopian immigrant men and women can attain the same advancement that he has experienced in Israeli society. The program empowers them to improve their lives by enabling them to earn an academic degree and pursue careers in high-tech, business, and the military.

Dedicated to promoting socioeconomic mobility, JCT was one of the first Israeli institutions of higher education to offer specialized programs for the Ethiopian community in the fields of science and engineering. As a result of cultural difference, many potential students from Ethiopian backgrounds lack a strong academic foundation in STEM (science, technology, engineering, and math) subjects and do not have adequate matriculation scores to directly enter JCT’s academic programs. Often, they are part of the first generation in their families to pursue studies at a higher education institution. Accordingly, JCT offers a one-year, intensive pre-academic preparatory program to advance their academic skills and knowledge of math, English, and physics. This track also features a mentorship program that offers new students an opportunity to study with 4th-year students.

To date, more than 50 percent of students from the Reuven Surkis Program have gone on to pursue graduate studies, and virtually all program participants secure employment in their field of choice.

“The education at JCT is beyond my expectations…it is much harder than the coursework in Ethiopia,” says Itai. “Only smart kids can survive here.”

After experiencing difficulty maintaining an observant Jewish lifestyle in a collegiate environment in Ethiopia, Itai says he is elated “to be living in the heart of Jerusalem and studying at a college where Jewish studies is as critically important as the secular academics. It’s just incredible how fast things can change. The college I went to in Ethiopia had around 20,000 students, and only a few of them knew I was Jewish.”

JCT provides Ethiopian students with free tuition and board, free tutoring, and bus fare to go home on weekends, among other benefits. Stuart Hershkowitz, the College’s vice president, calls Yonas “a big brother to the students,” especially because he graduated from the same program.

“We have an extremely low dropout rate, and our Ethiopian graduates have a 100-percent placement record in their chosen professions, which is unusual. They’re very serious students,” Hershkowitz told Israel 21C, adding, “This has nothing to do with affirmative action. There are no breaks for Ethiopians at all.”

Yonas praises the State of Israel for “doing many things for the Ethiopian community.” Ethiopian immigrants typically spend their first six months in the country living in an absorption center, where they receive subsidized temporary housing and Hebrew-language instruction.

At the same time, Yonas notes the challenges of the immigrant absorption process.

“Instead of being distributed throughout society, new immigrants are concentrated with each other in places where they don’t have any native Israelis to learn from,” he says. “In order to learn and succeed, you need to meet and interact with other communities in an open space.”

And that, according to Yonas, is precisely the need filled by the Reuven Surkis Program.

“Even students with a lot of potential cannot do well if they have the worries of putting food on the table,” Yonas says. “The financial, social, and academic support makes all the difference.” 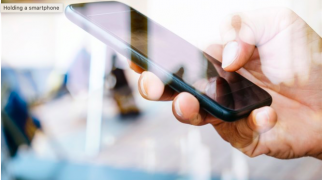 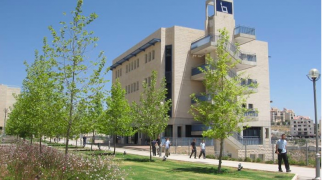 By: Jake Sharfman May 3, 2021 While Israel has built a well-earned reputation as the “start-up nation” for exporting its population’s prowess in technological innovation … 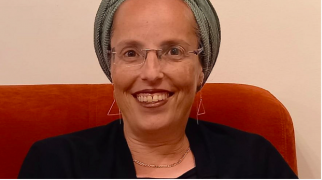